Another edition of devoxx4kids has just passed in Warsaw and again great thanks to organizers. I was just a volunteer and felt some exhaustion but the effort of organizers must have been amazing. 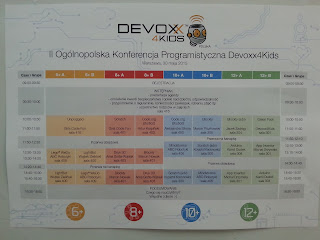 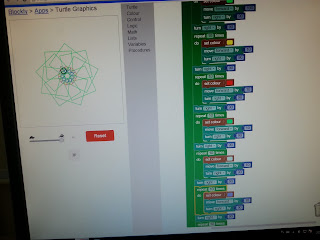 It was quite fun to see the difference of approaches and progress among children. When the rest of the group was in the beginning of exercise, 2 girls were clearly ahead and finishing it. As they confessed later, they already learned scratch before and this clearly shows a need for events like this. Not every school reserves sufficient amount of time for IT education and programming so important in the times we live, even less interest i observe among girls. This results later on in how many women land in IT jobs (very little).

My lecture took only 2 hours so i had rest of the day to see around the other groups and workshops and i come to the conclussion that the most hard groups are the youngest. They very easily loose patience, get tired and run they own path of doing things far away from what the teachers wanted them to learn. But this is not always bad. After all they came here to have some fun and as long as they try some programming, even not according to the teacher‘s plan, i think it‘s good.

The 12-years-old were the most quite and concentrated on what teacher told them to do. Isn‘t it the effect of education system over years that teaches this passiveness and taking what teacher says for granted and staying away from self-exploratory? I hope this is not the case. Thanks to such events children have chance to try their own ideas and noone shold tell them to wander away from the plan.

Seeing a few different lectures like Lego Mindstorms, 3D printers, Scratch, App Inventory  i must say the teachers did realy good job, even if some have mostly technical background and luck experience in working witch children (me included) the way they leaded was very professional.

I know from a back-stage conversations with ordanizers that the whole project of devoxx4kids started as a group of friends who wanted to make a workshop for their own kids last year but since then the event got so much interest that people from other cities than warsaw came in touch with them to organize an event in their town.

I though myself to start it in Lodz. Afer some observations this year and with some help from organizers in Warsaw i think the project has chance to succeed.
Stay tuned.. 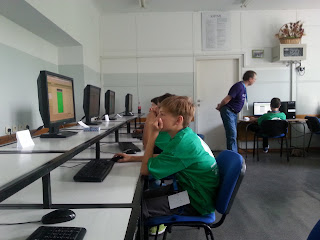 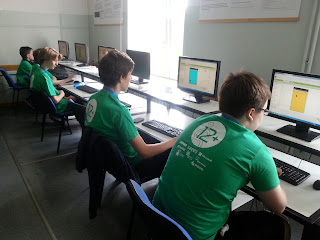 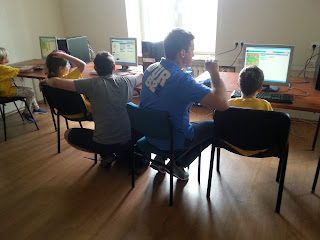 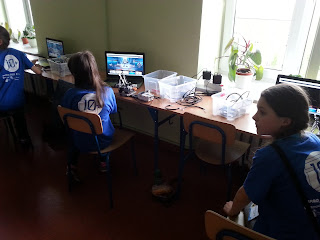 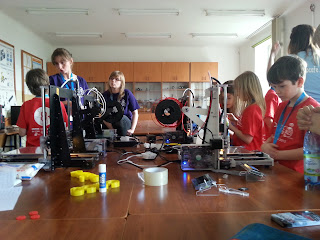 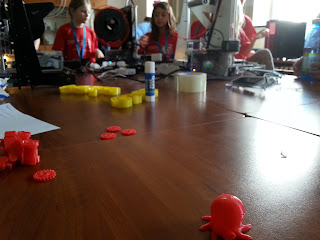 Posted by Marcin Piczkowski at 5:10 PM